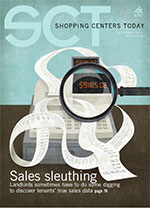 …According to CEO Irwin Barkan of BG International, a U.S. shopping centre developer “who said ten years ago there was not a modern supermarket on the continent outside of South Africa,” formed Ghana-based BG International in 2010 to invest in Africa. “There was no Western-style experience of buying groceries.” Despite considerable challenges, Barkan and his colleagues are making headway in Africa. BG International expects to break ground on two shopping canters in Ghana by early next year. Each center will measure about 250,000 square feet and have Shoprite and Massmart as anchors.   Barkan and his colleagues have had to contend with difficult land-title issues, poor infrastructure and spotty electricity service, and laws that make things hard for foreign retailers. In Ethiopia, which has an emerging middle class, foreign retailers can only enter with a local partner at a minority stake. Even so, Barkan thinks Africa is worth the trouble. “I wouldn’t want to be anywhere in the world right now doing business,” said Barkan, who also has plans to develop centres in Nigeria. Ghana has a population of about of about 25 million, yet only one enclosed mall. It’s one of Africa’s most politically stable nations, Barkan says.

According to Jones Lang LaSalle, the stock of class-A malls across the continent, excluding South Africa, amounts to less than 1.5 million square meters (about 16 million square feet), barely equivalent to the stock of Hungary, with its population of only about 10 million. Owing to robust development in such markets as Ghana, Kenya and Nigeria, the stock of such malls is growing by some 20 percent per year, Jones Lang LaSalle estimates. “The reality is that Africa is almost a blank canvas at the moment in terms of shopping center development,” said Jeremy Kelly, a director of global research at Jones Lang LaSalle. “You can almost count on one hand the number of modern malls that exist, but that is changing. There is a huge appetite among the African middle classes for a thoroughly modern shopping experience…..”

BGI LLC is the only U.S.-based real estate firm currently developing commercial properties in West Africa. BGI LLC was formed in 2011 to establish a permanent presence in West Africa and make strategic commercial and real estate investments in the emerging economies of the whole of Sub-Saharan Africa. BGI is a registered entity in the US and Ghana. “Our goal is to demonstrate that American business involvement overseas can be a “win, win, win” game — good for the society, good for those we serve and good for our employees and investors.” Reach out if you’re interested in learning more about what we do.