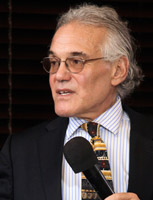 Is Africa’s rise for real this time?

….By the time Irwin Barkan, the mall developer, locked up his Vermont house and moved to Ghana in early 2012, he’d heard both the hype and the horror stories. He says most friends thought he was nuts when he said he was pulling up stakes for Africa. Yet he trusted the hard data, which showed that West Africa, and Ghana in particular, held some of the world’s fastest-growing markets—“and the rest of the world was in the crapper,” Barkan says. … Barkan established a new company, BGI, for his Africa developments. The potential seemed obvious. Ghana, a country of 23 million people, had just one shopping mall. But the headaches were obvious too.

There were daunting challenges in planning his malls. Barkan was forced to toss out assumptions he had learned through decades in the real estate business, such as how to sign property deals. In Ghana, tribal chiefs own most of the land, and there are few title deeds. After Barkan identified 90 acres of open wetlands in Accra’s emerging middle-class suburbs as the ideal spot for a mall, he paid a deposit of about $325 to a local chief for its use, then discovered eight months later that the man had no claim to the land. The mall, called Mallam Junction, is set to open in 2016 with about 100 stores and a three-star hotel. It will be far bigger than any shopping center Ghana has now. Barkan is developing another mall in Kumasi, Ghana’s biggest city, in partnership with the King of the Ashanti people, a centuries-old monarchy that once presided over a large swath of West Africa and that is now situated at the heart of the world’s second-biggest gold-producing area.